A Last SPECIAL AWARD and Thank You

We'd like to thank all who followed and especially all who submitted to help us make this virtually  the best McGraw Reunion we could have given the circumstances. If you liked what we did, we hope you comment on the posts or you can drop us an email to mcgrawreunion@gmail.com   We'd love to be able to provide feedback to those who took the time to send in submissions.

We hope that we can all gather together next year in person at Southern WV Community and Technical College in Saulsville. Our relatives have been keeping this tradition alive for 67 years and you have helped to make sure it continues on through difficult times. John & Mahala's children and grandchildren lived through the influenza outbreaks of 1917-1919 and became our grandparents and great-grandparents. Hopefully someday out great-grandchildren will carry this tradition into it's next century. All of that starts with you continuing to have an interest in your family and your history and instilling that same interest in your children and grandchildren. Sometimes we don't realize all the things we want to know until there is nobody left to tell you about them.

To that end, one person went above and beyond to help us provide you with your yearly dose of family lore and he is always most generous in helping us with our Memorial Service.


Thank You to Herk McGraw! 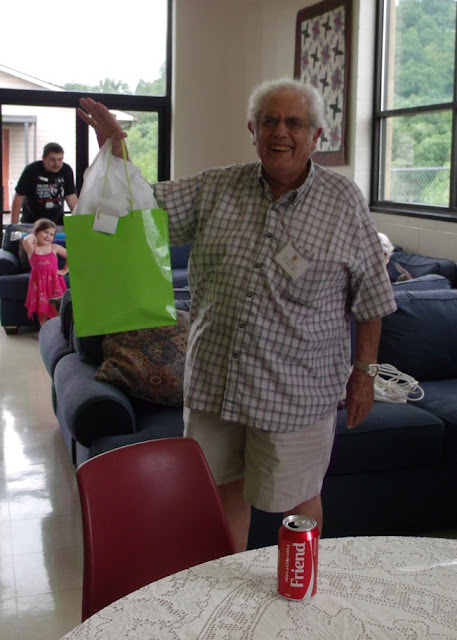 Herk is going to get a 2020 Virtual McGraw Reunion T-Shirt!

Thanks everyone and we'll see you next year for the
68th Annual McGraw Family Reunion!

As part of our normal tradition, we pass the hat to cover expenses and the cost of prizes and our website. There is no minimum and this is purely a voluntary donation. If you would like to contribute, you may do so by sending a check payable to the McGraw Reunion Association to:
McGraw Reunion
Box 60
McGraws, WV

Everyone liked last year's door prize so much, we thought we'd do the same prize again this year. A custom McGraw Reunion cutting board. 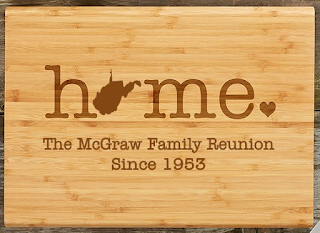 Every item submitted to be used in our Virtual McGraw Reunion received an entry into our door prize drawing. Per our usual procedure, everyone went in a hat, and... 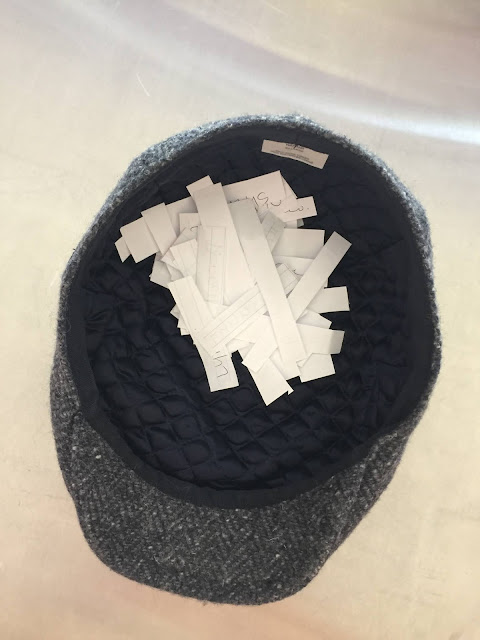 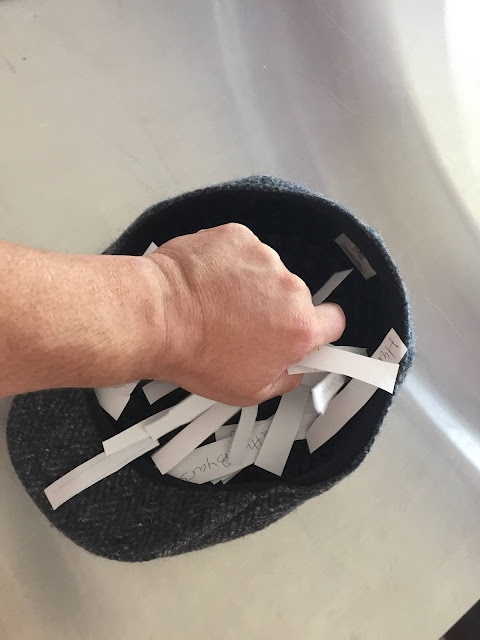 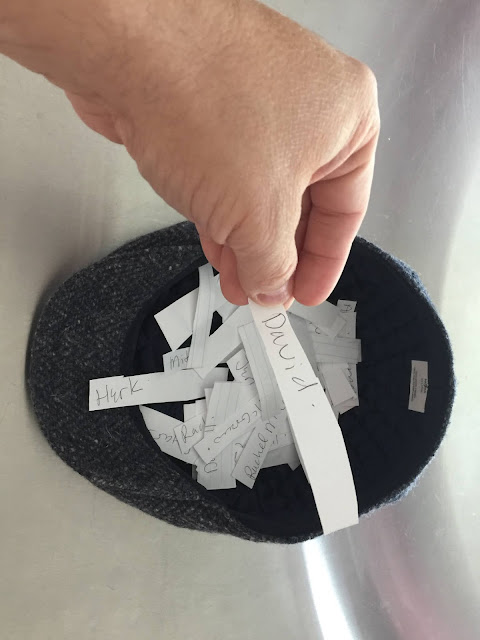 Thank you for helping make this Virtual Reunion a Success!!!!

Juanita (McGraw) Beasley
All the way out in Delta Junction, Alaska!

That's 3,935 miles according to google maps! 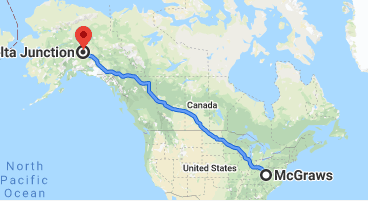 Juanita (Nita) is the daughter of Danny G. McGraw
Danny is the son of Barbe and Stella (Eskins) McGraw
Barbe was the son of Gordon and Susan (Brooks) McGraw
Gordon was the son of  William Harrison "Pole" and Pauline (McGinnis) McGraw
"Pole" was the fourth child born to John & Mahala.

Nita says that she's lived in Alaska on and off since 1983 because her husband is retired from the US Air Force.
Nita: "I wish that I was a story teller because I’d love to add memories of my great grandmother Susan McGraw and great aunties, they lived in Mullens all their lives. Aunt Norma was a high school teacher and after her retirement she taught piano. I have such wonderful fond memories of them but I was not blessed with the gift of the gab. I think my dad got a double dose 😁."

This year's oldest nominee is the son of the late Barbe and Stella (Eskins) McGraw
Barbe was the son of Gordon and Susan (Brooks) McGraw
Gordon was the son of  William Harrison "Pole" and Pauline (McGinnis) McGraw
"Pole" was the fourth child born to John & Mahala.

"My last reunion was at the School with my Grandmother "Aunt"Susie wife of Gordon B McGraw." Danny was born in 1940 and is from Mullens, WV. He is a Vietnam veteran who served 20+ years on active duty in the US Air Force.


Congratulations Danny and Thank You for your service to our country! 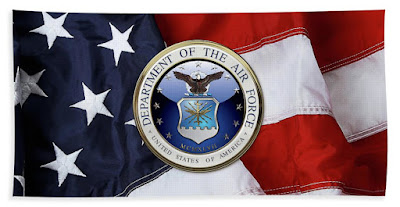 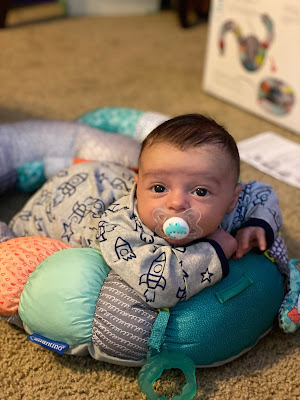 Steven is the 4x Great Grandson of John & Mahala. Last year his brother Grayson was our youngest McGraw. His father and grandfather were also named youngest McGraw descendants

Posted by The McGraw Family Reunion (WV) Blog at 2:15 PM No comments:


While the adults hold their yearly memorial service, we take the kids outside to enjoy some more child-friendly activities. Each year we have a pinata as well as a treasure chest filled with toys for the kids to pick from. We thought we'd share a few pics from the past years for the young and the young-at-heart. We try to make sure there's always plenty of activities for everyone! 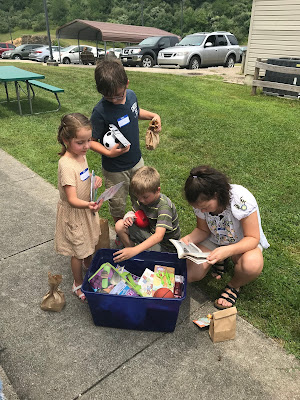 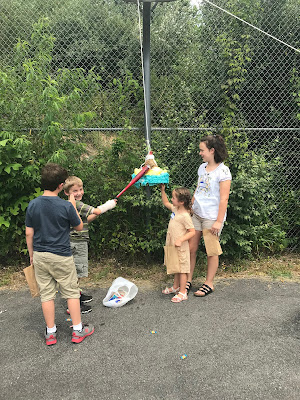 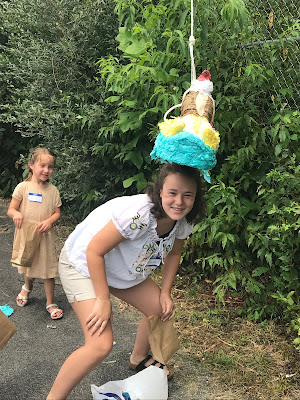 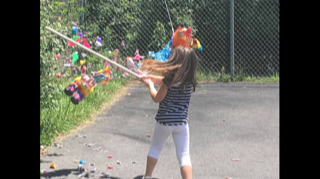 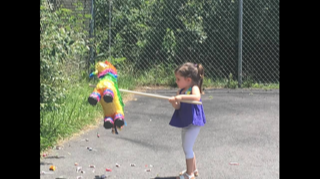 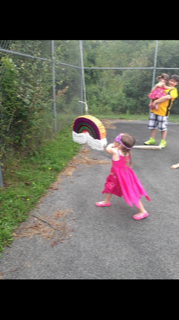 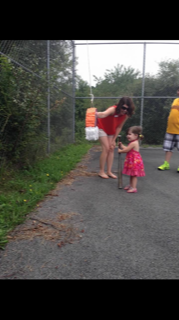 Posted by The McGraw Family Reunion (WV) Blog at 2:05 PM No comments:

In Memory Of Those We Have Lost
Since We Last Gathered

Every year at 2PM, after we have stuffed ourselves from shared tables packed with everyone's best, we take a moment to remember those who are not among us. Those family members we have lost over the past year. This year, as he has for many years, Reverend Cousin Herk offers a prayer and blessing for those lost.

Our most gracious heavenly Father,
we appreciate and thank you for all that
you have given us.

We are thankful for this reunion and those
who keep it going. It is a fun and
satisfying time to remember our ancestors.

We ask that you be with those around the
Nation who cannot be apart of this celebration.
Hold them close to your heart, oh Lord.

All this we thank you for, in the name of your
son Jesus Christ. Amen.

Benny was the son of the late Walter and Opal (Spence) McGraw. He was preceded in death by his wife, Kaye (Lambert) McGraw, his parents as well as his sister, Sharon (McGraw) Brown. He is survived by his children Sherri L McGraw, Michelle R. McGraw and Amber McGraw-Bolick, grandchildren Whitney Herman and Johnathan Walter Self as well as 7 great-grandchildren, Taylor I. McKinney, Jacob A. Bolick, Damien N. Bolick, Michael J Bolick. Alana M Herman, Parker Herman and Braiden Herman. He also survived by his brother Larry McGraw and three step-daughters from Kaye: Angela Cook, Crystal Griffith and Kelly Wray.

You may leave condolences for the family by clicking here:
https://www.dignitymemorial.com/obituaries/beckley-wv/benny-mcgraw-9124642 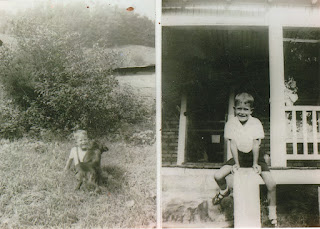 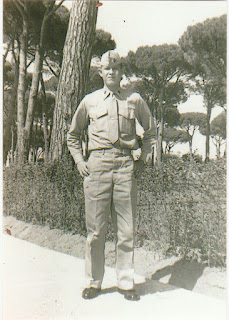 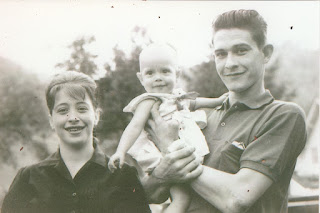 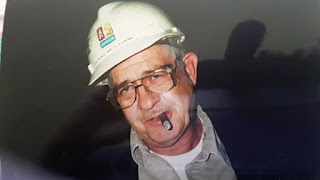 A native of Beckley, WV, Mr. Dakota Michael Richardson was the son of Jesse Nelson Richardson, and Michelle Lea Sneed.   He was a fun loving, kind hearted soul that loved to game.  He took his work passion for diesel Mechanics after his Pops, Frankie Funderburk. He was a best friend and hero to his sisters.  He loved his Mother and spending time with his family and friends.  His greatest hero was his Paw Paw.

Condolences may be left for the family at: www.whitesellfuneralhome.net 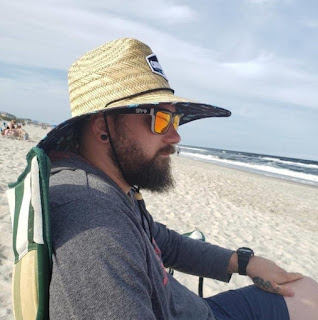 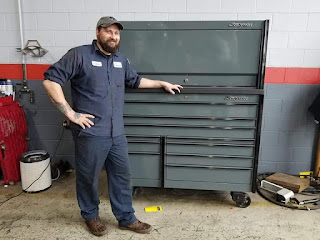 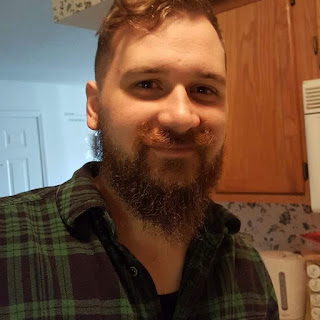 And while not a descendant, we would like to take a moment to honor:

Dan was the Chief of the Thomond Sept of the McGrath Clan in Ireland. Through DNA research done by the US McCraw Family Association we know that through our first known American ancestor William MacCraw we descended from the Clan McGrath through genetic links as far back as the 1200's. Last year, the Clan McGrath hosted an International Clan Gathering in Dungarvan, Ireland. The descendants of John & Mahala were well represented at what would be the largest clan gathering in all of Ireland in 2019. He was a gracious and welcoming host, a friend to all, a visionary leader and will be greatly missed by all the members of the Clan across the world. 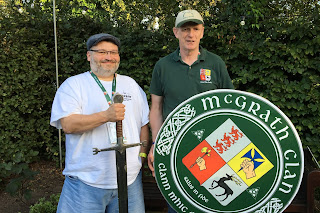 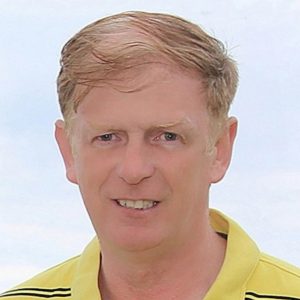 Posted by The McGraw Family Reunion (WV) Blog at 1:55 PM No comments: